Wage increases in the agricultural sector: Views of organised agriculture and worker organisations

Wages are set to rise in the agricultural sector through phased increases:

What will this mean for different actors in the sector? 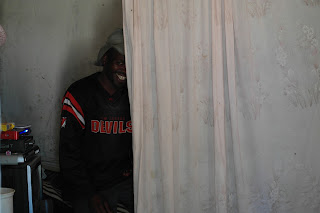 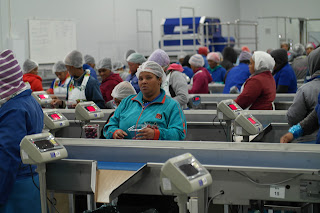 AgriSA's perspective was recently spelt out by the Head of Labour and Development  Jahni de Villiers in an article published in the Huffington Post. In January De Villiers argued that:


Union responses remain critical although detailed statements are hard to find. No press statements have been possted on the Food and Allied Workers Union (FAWU) website since 28 July 2017. On their Facebook page FAWU reports that it has been campaigning for R5700/ month as a minimum wage and that "nobody can live on R20.00/ hour".

The Commercial, Stevedore, Agricultural and Allied Workers Union (CSAAWU) has a Twitter account which has been inactive since March 2015. The link to the organisation's website is dead. An article in Ground-Up reports CSAAWU's  response to the first phase wage increase:

“For CSAAWU the new recommendations from the Department are not only a slap in the face of farm workers, but an indication too that government has still not grasped the severity of the crisis of poverty facing rural workers. This new wage recommendation is a direct impoverishment of farm workers.”


CSAAWU is affiliated to the South African Federation of Trade Unions SAFTU which in December  2017 urged parliament to reject the National Minimum Wage Bill arguing that a minimum wage of 3500/month is pegged some R625 below the poverty line.

This rapid scan of responses show that representatives of the agricultural industry and worker organisations remain far apart. Organised agriculture has concerns about the afforability of wage increases particularly in a time of intense drought. Organised labour remains concerned about what constitutes a living wage which will lift workers out of poverty. The impact of wage increases on employment in the sector and the net impacts on poverty and vulnerability will need to be the focus of ongoing research.
at February 23, 2018